It was important to Glanbia that users could be clearly seen on-screen when they participated in conference communications, so we upgraded Glanbia’s existing boardroom facilities to include HD video conferencing. The biggest challenge we faced was facilitating the horseshoe-shaped boardroom table in one of their conference rooms.

The room is multifunctional and needed to facilitate:

Our first priority, working through its partner Damovo, a leading provider of enterprise ICT, was to understand the client’s functional requirements for the conference room. The key requirement was to allow participants to present from multiple positions around the table and be able to share files between various locations in order to improve upon their workplace experience.

We then scoped out and specified upgrades from the source device through to the display and audio system, as well as undertook careful modifications to the boardroom table. Finally, it was important that the installation and new equipment itself did not disturb day-to-day use of the boardroom.

One project requirement was to survey and test the projector lift and other equipment from previous installs. To ensure optimum performance, both were replaced with a simple backup solution with an output to a portable display in the unlikely event of a system failure.

“We don’t anticipate that the systems we install will fail, but we do believe that it’s important to have back-ups in place to ensure that business is never interrupted.”

We installed the new equipment in control racks that could be pulled out on tracks from a cupboard instead of the old, inaccessible control cupboard. The tracks turned 90 degrees when fully pulled out for ease of maintenance.

With large amounts of cabling and fitted objects on the boardroom table, cosmetic installation was required to achieve a highly finished end result.

Installation was completed over 7 days with 3 additional days of commissioning and programming.

The installed system is controlled from a wireless AMX panel, with local wired control at the lectern. In video conferencing mode, whenever a participant in the boardroom presses his/her mic button, the correct video conferencing camera switches to a pre-set position directed at that table position. The chairman has control for minor adjustments on his wireless panel, and there are three laptop input positions on the boardroom table with a fourth at the lectern. The room control system also controls the electric curtains and the lighting.

The success of this system has led Glanbia to install video conferencing in a second executive meeting room. 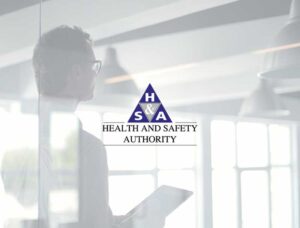 The Courts Service of Ireland